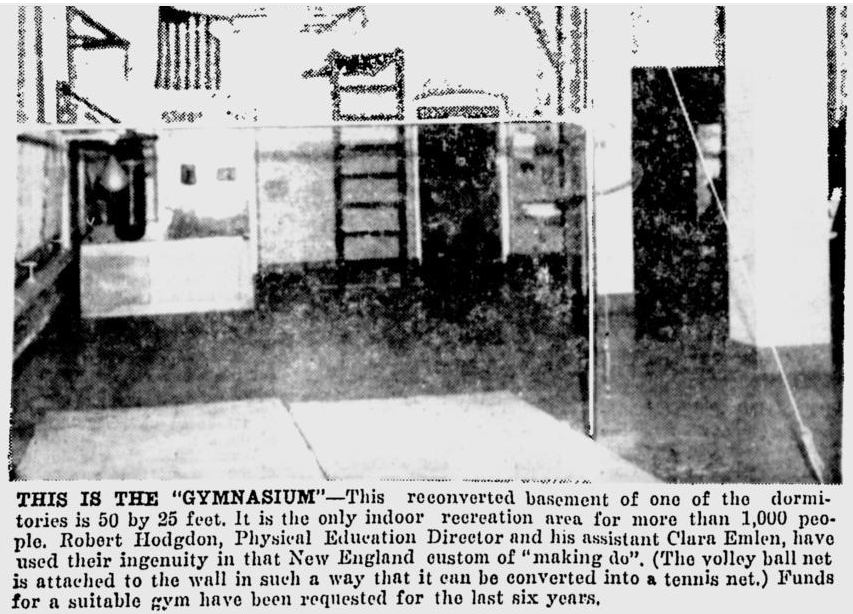 Staffing issues and high turnover was a constant refrain in the mid-1960’s in Maine’s institutional system. In 1965 it was determined that Maine’s turnover rate in this industry was twice the national average.

“Robert B. Richard observed that this has its effect not just on the management but also on the patients. ‘…this makes Pineland ‘a broken home’. Twelve hundred ‘slow thinkers’ have to readjust…time and time again to new parents…The aides engaged in direct patient care…must of necessity revert to simple custodial care, and where are we? Back to 1955.’” (Lewiston Evening Journal, September 30, 1965)

In 1967, the Legislative Research Committee put out a report detailing both the staffing issues and other fundamental problems at Pineland.

This report also showed the impacts of life in an institution on the people who lived there.

That same year, Pineland staff quit en masse over issues of pay and long hours, leaving the institution with even fewer aides and attendants. State Representative Peter Snowe called on the Governor to convene a special session of the Legislature in response. “In one building alone, housing more than 160 patients, were only three attendants. These attendants, or aides, are very much underpaid and overworked. Many of them…are working in excess of 70 hours a week with no overtime pay.” (Lewiston Daily Sun, August 31, 1967).