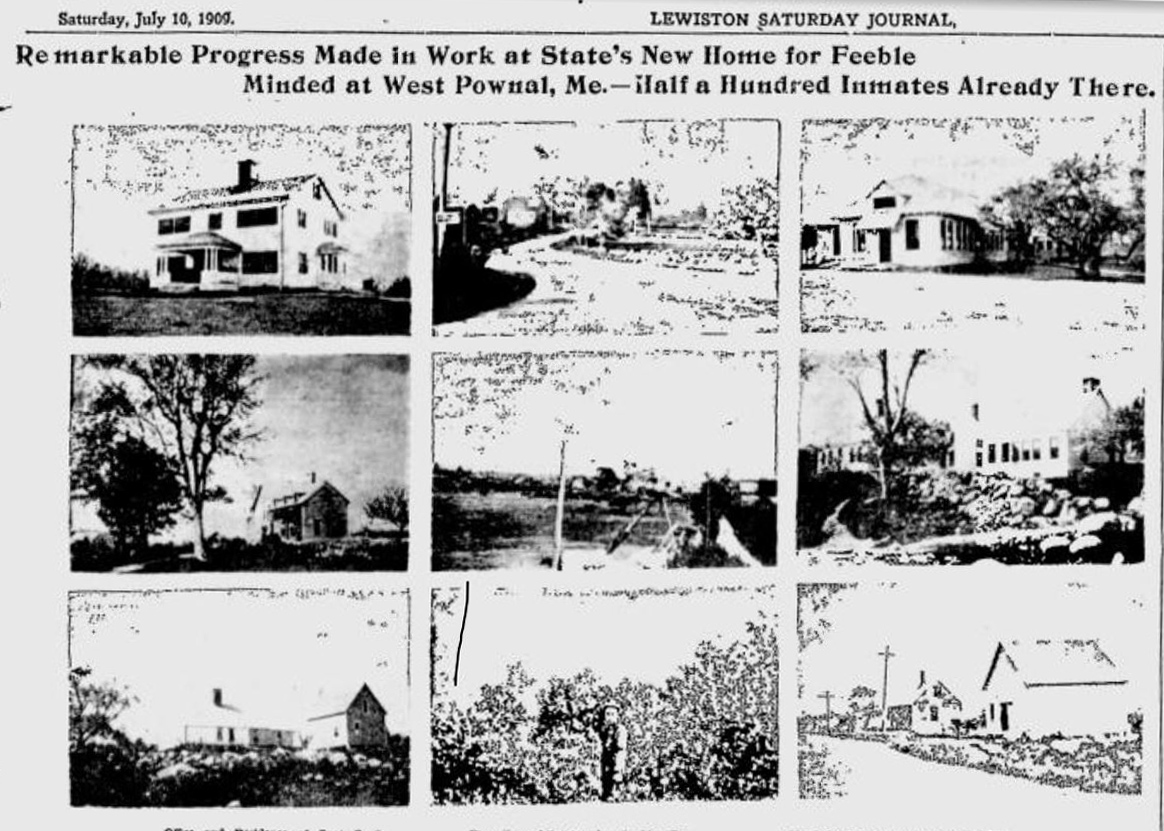 “Remarkable Progress Made In Work At State’s New Home for Feeble Minded at West Pownal,” a newspaper headline announced on July 10, 1909.

A dormitory for 50 boys and another for girls had been added to the 1,300-acre Hill Farm that was the center of the new institution that would improve the “deplorable condition of the feeble minded” in Maine. In order to ensure that there was no chance for the residents to produce children, the sexes were strictly segregated. Female residents were housed at one farm, and males at another.  They were also separated in work and in recreation or social activities, a practice that would continue into the 1970s.

Dr. George S. Bliss, the superintendent, told the reporter that “educational work is relegated to the future.” For the present, the boys would do farm work and the girls sewing and other domestic chores – largely unpaid labor to keep the new facility operating. Since budgets and the number of employees didn’t keep pace with the growth of the school, the rapidly growing facility depended on the unpaid labor of residents

Some of the “boys” and “girls” were over age 30; the youngest was 10. All of the residents were known as children, regardless of age. The most capable  “working boys “ worked in the gardens and farms while the  “working girls” worked in the  dormitories, kitchen,  and laundry. Bliss said that few of the inmates “could be taught to look out for themselves on their own initiative,” but nevertheless might be greatly improved.