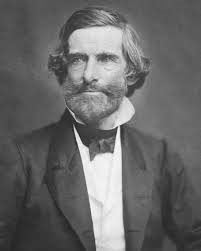 In the beginning, Pineland, then the Maine School for the Feeble-Minded, was envisioned as a cottage-style facility with small living units providing a home-like setting where persons with developmental disabilities could learn social, educational, physical, and practical skills.

Instead, it quickly became a large facility where residents slept in cramped dormitories lined with cots, ate in large dining rooms, and had few opportunities to learn to be independent or live outside of such a setting.

Dr. Samuel Gridley Howe, who began one of the first programs for the “feeble minded” in Massachusetts in 1848, had determined within a decade that he made a mistake and warned against building large institutions.

When he retired in 1874 from the facility he had founded, wrote to the trustees, describing institutions, describing them as “unnatural, undesirable, and very liable to abuse. We should have as few of them as possible, and those few should be kept as small as possible. The human family is the unit of society.”